So much has been written about cryptocurrencies and the technology involved. Still, less than 1% of the global population has ever used digital currency (Cryptocurrency), this is according to a 2017 study conducted by Cambridge University, United Kingdom. With the slow increase rate, virtual currencies as it is alternatively called continues to make inroads into the society and has redefined the way manner we conduct and do business.

The world of money and the financial ecosystem is undergoing a huge transformation before our eyes. While cryptocurrency is slowly gaining mainstream adoption, Blockchain, the underlying era at the back of cryptocurrency may offer more capacity and unlock billions of dollars in the global markets.

The global financial system is no doubt embracing the current transition from physical currency to almost virtual currencies through the medium of technology. This wave has ushered in the birth of cryptocurrencies. There have been many attempts at creating a digital currency during the 90s tech boom, with systems like Flooz, Beenz, and Digi Cash emerging on the market but inevitably failing. In early 2009, an anonymous programmer or a group of programmers under the alias Satoshi Nakamoto introduced Bitcoin which is a form of crypto-currency.

The birth of cryptocurrency as a virtual currency has been generating waving reactions in the global economy even in a developing country like Nigeria. In the light of this outbreak, there has been a lot of positive and negative discourse on the value of cryptocurrencies in the Nigerian economy. Relatively, the Nigeria government through its regulatory agencies such as the Central Bank of Nigeria (CBN) and the Securities and Exchange Commission (SEC) has attempted to place a ban on cryptocurrency, although its legal status remains ambiguous unlike in countries like Morocco and Algeria where there is a clear ban on trading in Bitcoins such that a breach attracts heavy fines.

Nigeria is one of the leading countries in the world when it comes to crypto adoption. A lot of people don’t want to miss out on the opportunities that cryptocurrency offers. This makes the number of people looking to buy bitcoin in Nigeria very high.

The adoption keeps growing day by day despite the ambiguous legal status of digital assets in the country.
Nigeria doesn’t have a law that governs cryptocurrency yet, however, earlier this year, the Central Bank of Nigeria (CBN) released a statement that appeared to be a ban on the use of bitcoin as well as other digital assets in the country. While this was perceived by many to be the beginning of the end of crypto in Nigeria, the situation however took another turn as crypto continues to bloom and flourish in the country.

The ban has had little to no effect on cryptocurrency usage in the country as many have adjusted to the current situation, crypto users have found new ways to buy BTC in Nigeria and continue their crypto trades.
On February 5, the CBN released a ruling that orders all financial institutions to stop facilitating crypto transactions and desist from transacting with entities engaging in crypto. The statement also instructed all banks and financial institutions to close accounts of individuals or entities engaging in this type of transaction.

The Benefits of Cryptocurrency in Nigeria

Nigeria has the highest GDP out of all the African countries, but 40% of its population lives in poverty. The country’s struggling economy primarily relies upon oil exports, accounting for more than half of government revenue. Lacking transport and energy infrastructure as well as neglecting to diversify the economy results in a disadvantaged population of impoverished people. The use of cryptocurrency in Nigeria is proving to be a beneficial solution to help lift people out of poverty.

The 2016 recession caused a significant strain on Nigeria’s economy and the country is still struggling to recover. In the second quarter of 2020, the country reported a 27.1% growth in unemployment. Average incomes have been declining for six years straight and experts predict there will be less than a 2% rise in income during 2021. The value of the country’s national currency, the naira, fell by 24% in 2020. This economic downturn caused some Nigerians to seek supplemental income.
A 2020 survey indicates that 32% of Nigerians participate in buying and trading cryptocurrency. In 2020, Nigeria accounted for $400 million worth of cryptocurrency transactions, ranking it third globally in trading volume. Cryptocurrency in Nigeria has so far positively enriched the lives of impoverished citizens.

Approximately 60 million Nigerians do not possess a bank account. People who do have bank accounts can only withdraw less than the equivalent of $100 due to local bank restrictions. The hurdles have led to a shift toward mobile banking and cryptocurrency investments. In 2017, reports showed that 71% of Nigerians use mobile phones for communication and internet access.

Blockchain technology has paved way for a whole new host of exciting new jobs in the country.

This is one of the jobs where demand has skyrocketed in the last decade. A blockchain developer is a person that develops, manage and secure blockchain networks and platform. It is one of the high demanding jobs that require you to have knowledge of programming and be familiar with blockchain frameworks like hyper ledger fabric. The requirement for this job is basic knowledge of JavaScript, Solidity, and development tools like Truffle, Hardhat, etc. they are not rocket science they are skills you can learn in a year and land a job in the same year.

The research analyst oversees analyzing the market, determining the effectiveness of blockchain, identifying areas for improvement, and developing strategies for implementing such changes.
They can be called crypto analysts, they identify problems, potential risks, and solutions within the blockchain environment. The basic requirement for this job is an extensive knowledge of cryptocurrency and blockchain.

They create a unique and user-friendly interface that will attract people to buy Bitcoin in Nigeria and buy Bitcoin with naira. This role is very important because anything that has to do with people’s money, there are usually very careful to not make mistakes handling their money, hence the UX designer design interface that is clear and understandable to the mass and as well easy to use. If they want to instruct people to buy Bitcoin with naira, they do so in simple and easily understandable words.

The purpose of a coin is incomplete without it being used. There is no point in creating something that won’t be in use by the consumer. Hence, this is where the importance of the marketing strategist comes to play. The marketing strategist showcase the usage of a product, in this case, a cryptocurrency e.g. Bitcoin, Ethereum, etc. so that people will buy Bitcoin with naira.
They work directly with the development team to make an informed decision with marketing the product. They are usually the ones behind the increased adoption of a coin. They can for example bring Bitcoin marketing to Nigerians so that there will be an increase in the number of people that will buy Bitcoin in Nigeria.

A full-stack developer is a web developer or engineer who works with both the front and back ends of a website or application – meaning they can tackle projects that involve databases, building user-facing websites, or even work with clients during the planning phase of projects.

The phrase full-stack evolved from a technical descriptor meaning the full set of primary technologies that comprise a complete technical solution. It typically means the database and operating system (back end) up through and including the user interface (front end). 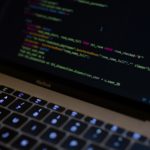 Contract and Negotiation Services in Nigeria

Hi! I`m an authtor of this blog. Read our post - be in trend!

Innovative Solutions to Your Projects