There are three basic types of software. They include System software, Programming software, and Application software.

a) System software: this type of software is used to provide fundamental functions like disk management, operating systems, hardware management, utilities, and other functions. It serves as the middleman between the computer hardware and the user. It helps to manage the entire computer system. The system software functions in the background of the device and is not used by the end-users, unlike application software. Examples of system software are the Operating System (OS), Basic input or output system (BIOS), assembler, device driver, etc.

c) Application software: or apps is used to assist end-users to perform and complete certain tasks. These tasks include taking notes, designing graphics, keeping activity logs, shopping online, setting alarms, recording voice notes, etc. application software differs from other types of software because it is primarily designed for the end-user. It is also sometimes referred to as non-essential software. This is because it is built, installed, and operated based on the needs of the user. Examples of application software include media players, calculators, calendars, office productivity suites, web /mobile applications that are used to post on Facebook/Instagram, shop online, etc.

Analysis of requirements is the most fundamental step in software development. Clients generally tend to have an abstract idea of what they want as a result, but not what software should do. Requirement analysis is used to draft the fundamental design approach and carry out a feasibility study of the software. A technical feasibility study can be carried out to clearly define the different technical approaches that can be used to successfully deploy the software with minimum risks. Planning for the quality assurance requirements and identifying the risks associated with the design are also done during this first planning stage.

Software development is the part of the development process where software engineers actually program the code for the software and build it. If the design is rightly structured, it will be possible to generate codes without expending too much time. High-level languages like Pascal, C, Java, PHP, and C++ are used by developers to code. The programming language used by developers is determined by the type of software that is being developed.

Software testing is a predominant process in all the stages of software development. However, after developing software, engineers carry out a test whereby the defects in the software built are detected, fixed, and retested. Testing the software at this stage offers the developer an unbiased and objective view of the software. Software testing can be explained as the stage of verification and validation of a software application until it meets the standard of quality defined in the software requirement specification.

After the software has been tested, it is deployed and approved for release in the appropriate market environment. The software may be released in stages depending on the company’s marketing strategy. The software can be maintained by ensuring that it continues to operate well, and it can be further enhanced by updating the software to tackle recently discovered errors or faults. When the software is being deployed to the market space, it is also important to carry out software training and support or create a manual to ensure that it is correctly used by the end-user.

This can be done by allowing users to develop, deploy, and manage some parts of software solutions and delivery processes. There are also the added advantages of reducing the difficulties involved in branching into the field of software development and attracting new talent.

It is important to point out that low-code and no-code tools and platforms can never replace actual coding in software development, but more people are becoming interested in the benefits they offer.

With artificial intelligence (AI), the pace of software development has been forever changed in history. It has already become a central component of many software, ranging from simple computer-vision applications to large-scale predictive analytics.

AI innovates how software is being designed and tested, and this is also beneficial for software engineering. In addition, AI can help determine the patterns across projects carried out, automate the generation of coding, reduce coding errors, and predict outcomes via machine learning.

Due to the constant developments being made in the field of artificial intelligence, AI may match human intelligence by the next decade. Many software developments will shift from creating static pieces of logic to developing self-learning algorithms and entities that can evolve to meet changing end-user requirements.

Improvement has become a trend to make sure that this field continues growing, thereby offering more helpful and valuable benefits to the end-users.

Due to the increasing complexity of the global business environment, more businesses are trying to make the best use of the capabilities they have. For example, it is possible for a manufacturing company to have many IT assets, but that does not make it an IT company because it is not their area of core competency.

Businesses have found that focusing on their core area of competencies and delegating the other tasks to professionals who can handle them has helped their business growth and output time. And this realization has helped to continue to boost the trend of IT outsourcing.

Even as businesses seek to reduce cost and increase output, they should be careful to focus on the right priorities such as delivering quality products to their clients when they are outsourcing software development.

User interfaces and user experience (UI & UX) have been brought to the fore in the tech world due to the increasing dependency on virtual experiences and services.

Previously, most software developments prioritized backend services and application logic without paying much attention to the user interface and user experience. However, the story is vastly different as there is an increase in the demand for user-friendly interfaces and new user experiences. Thus, putting UI/UX design at the forefront of software development processes in recent times.

The cloud has fundamentally transformed how software is utilized. Today, the new serverless computing framework is developing further by simply removing all infrastructure management prerequisites and allowing developers to devise solutions that can be directly utilized in these serverless environments. This will undeniably alter how software is developed and thus should result in even faster software development process lifecycles.

Blockchain changed how we look at transaction recording. Blockchain is a (P2P) peer-to-peer network that provides decentralization, security features, and transparency. It was first popularized by digital currencies and has become increasingly popular in the finance sector as a decentralized digital ledger that can be used to safely record transactions.

This decentralized nature and the ability to store any form of data makes blockchain technology one of the most secure technologies, thus increasing clients’ trust. These reasons have made blockchain technology become more utilized in other sectors such as logistics, publishing, healthcare, and others.

More software products are now using blockchain in one capacity or the other. Examples are creating blockchain-based software solutions in software development. This technology provides businesses with supply chain management, identity management, better analytics, and other great benefits.

Many organizations depend on one cloud service provider to power their applications. But multi-cloud architectures are increasingly becoming popular, thereby allowing software developers more flexibility to combine various cloud services from several providers to meet their needs without being restricted to a single provider.

Multi-cloud service providers are prominent players in this sector by offering tools to manage networking, applications, and infrastructure across cloud providers. All of these will change the software development process from reliance on a single cloud service platform to a more diverse development pattern.

By doing this, cloud-native application development will become the standard practice in the future, and studying recent trends, this future will come sooner than expected. The software will be evaluated, deployed, and managed in the cloud as fully online solutions due to the movement of software development tools and services to the cloud.

The global market for mixed reality is rapidly growing and is being used by many businesses. For example, it is used by manufacturing companies to model 3D in a virtual reality environment to improve their design processes. Entertainment businesses use augmented reality and virtual reality to offer engaging content to their viewers.

The ability to superimpose digital content on the physical environment in real-time creates many possibilities for augmented reality in business. Businesses can make use of mixed reality to allow their prospective clients “test” their products virtually, and this eases their sales efforts.

The Internet of Things (IoT) technological trend could have a great impact on the world, and not just on businesses. It is a network connection of physical devices that use sensors such as vehicles, gadgets, appliances, and others. These devices make use of application programming interfaces (APIs) to transfer and receive data over the Internet.

The Internet of Things is a result of the synergy of different technologies like AI, Big Data, sensors, APIs, Radio-Frequency Identification (RFID), and others.

One of the current trends in software development is automated code reviews. These, amongst others, are one of the tools that have made developers’ jobs easier and faster. This is because developers would not have to put in all their energy, effort, and time just to know the common errors in the software being developed. Using these tools, developers can review more codes with less effort and time. The automated code reviews are used to automate the code-checking process and improve the quality of the code. These will increase the production speed of software developers and result in the faster release of software in the market environment. Some of the popular automated code review tools are DeepSource and CodeClimate.

Software development is an extensive market with numerous profitable ventures. It is an industry that is heavily reliant on innovation and state-of-the-art technology. As a result, software developers are constantly striving to stay ahead of the competition by implementing the latest trends. However, apart from the potential profits, software development provides an opportunity to positively impact humanity.

How To Become A Virtual Assistant In NigeriaJuly 29, 2022
Software Development Training in NigeriaOctober 31, 2022 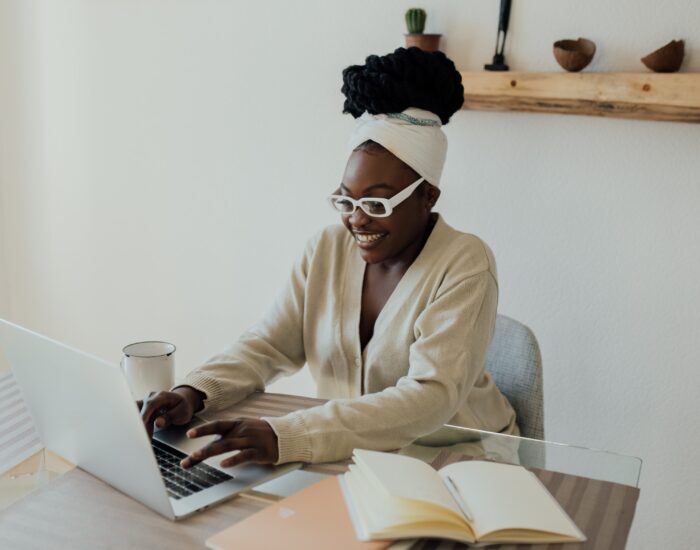 How To Become A Virtual Assistant In Nigeria

Hi! I`m an authtor of this blog. Read our post - be in trend!

Innovative Solutions to Your Projects